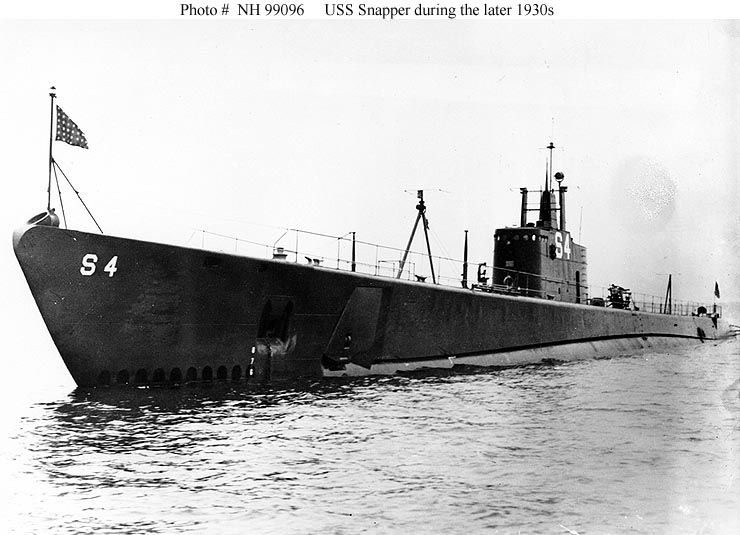 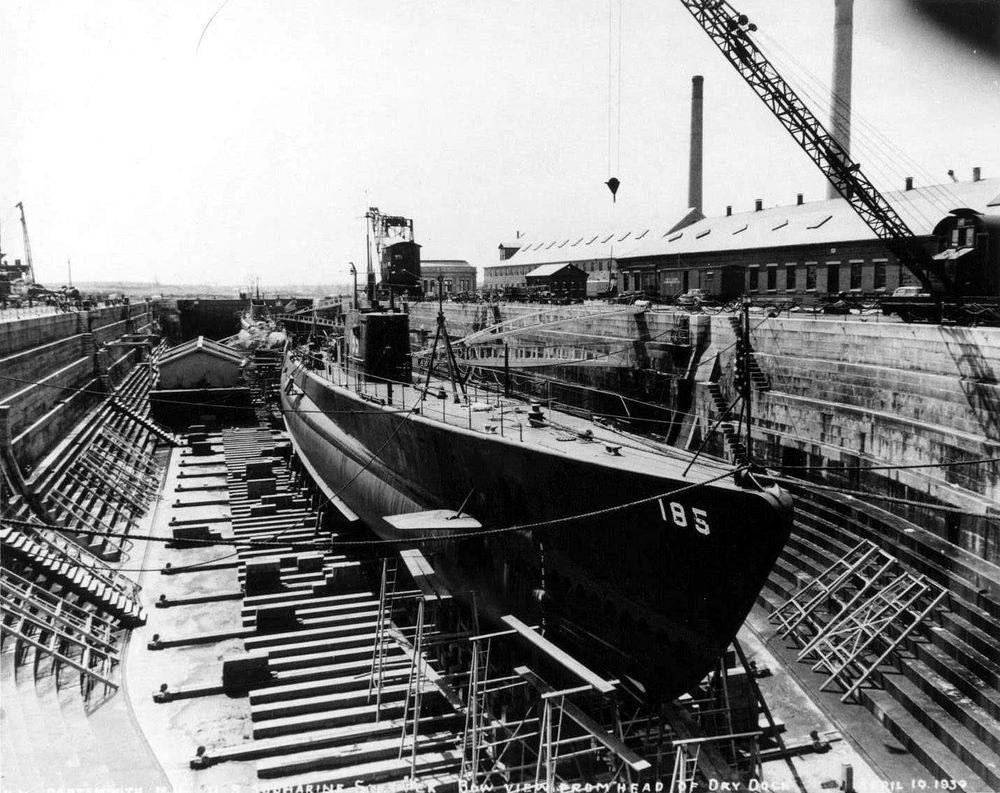 Lloyd Coughenour was stationed on the USS Snapper (SS-185)

Named after a bass-like fish, the 1,499-ton Snapper (SS-185) was a Salmon class submarine built by the Portsmouth Navy Yard at Kittery, Maine, and was commissioned on 15 December 1937. The submarine was approximately 308 feet long and 26 feet wide, had a top speed of 21 knots surfaced and 9 knots submerged, and had a crew of 55 officers and men. Snapper was armed with one 3-inch gun, two .50-caliber machine guns, two .30-caliber machine guns, and eight 21-inch torpedo tubes. The submarine carried a total of 24 torpedoes.

On May 1938, Snapper left Portsmouth Navy Yard and went on her shakedown cruise which took her to Cuba, the Panama Canal Zone, and Chile. The submarine returned to Portsmouth on 15 July. during the next three years, Snapper patrolled off Panama, Hawaii, and the west coast of the United States. The ship was transferred to the Philippines in the fall of 1941 and, after the Japanese attached Pearl Harbor, Hawaii, on 7 December 1941, Snapper began her first war patrol a few days later. During that patrol, Snapper stalked the waters off Hong Kong, the Philippines, and the East Indies, but was unable to locate any enemy targets.

During March and April 1942, Snapper left Fremantle, Australia, for her second patrol which took her back to the East Indies and then to the Philippines, where she delivered ammunition and evacuated some personnel. On her return trip to Australia, Snapper towed the disabeled submarine USS Searaven (SS-196) back to Fremantle. Snapper remained based in Australia into 1943 and made four more cruises to the East Indies, the South China Sea, and the Solomon Islands.

While on her seventh war patrol on 27 August 1943, Snapper sank the Japanese freighter Tokai Maru off the coast of Guam, but received only partial credit for the "kill" because the ship had already been damaged by another submarine. Then on 2 September, Snapper made contact with a convoy of five Japanese cargo ships that were being escorted by two warships. Snapper must have been spotted because the cargo ships attempted to "zig-zag" away from the area. At the same time, the two escorts steamed towards Snapper head on. The American submarine then fired torpedoes "down-the-throat" at one of the escorts, the Japanese frigate Mutsure, which had only entered service two weeks previously. It was a difficult head-on shot, but at least one torpedo hit Mutsure and blew her bow completely off. The Japanese warship was soon covered with flames and sank shortly after that. Snapper quickly left the area because the other Japanese escort had started a depth-charge attack. Snapper escaped but remained in general vicinity. On 6 September, Snapper intercepted another convoy and fired three torpedoes, but all of them missed. On 17 September, the ship ended her seventh war patrol and returned to Pearl Harbor.

During Snapper's eight war patrol, the ship prowled off the coast of Honshu, Japan, from 19 October to 14 December 1943. While being pounded by heavy seas on 29 November, Snapper sighted a convoy of five ships and two escorts. As she neared the convoy, Snapper fired three bow torpedoes and scored two hits that set the cargo ship Kenryu Maru on fire. The cargo ship quickly settled by the bow and sank.

After completing an overhaul at Pearl Harbor, Snapper began her ninth war patrol on 14 March 1944. Snapper cruised the waters around the Bonin Islands and on 24 March made contact with a convoy of 12 ships. Snapper fired eight torpedoes at the convoy and scored six hits, but none of the ships sank. Due to heavy seas, Snapper was unable to continue the attack. Japanese escorts and bad weather prevented any further attacks from taking place, so Snapper left and went to Midway Island to get more food, fuel, and munitions.

Snapper began her tenth war patrol engaged in lifeguard duties for American pilots and air crews that were shot down near the Japanese-held island of Truk. On 9 June 1944, while the submarine was patrolling on the surface, a Japanese plane descended unexpectedly from a low-lying cloud and attacked the ship. As Snapper made an emergency crash dive, the plane dropped a bomb which exploded on a main hatch, instantly killing one crewman and injuring several others, including the captain. As the submarine continued to dive, machine gun shells from the attacking plane were heard striking her hull. Snapper escaped and eventually surfaced after the enemy aircraft left the area. After surfacing, the crew discovered that the ship's pressure hull had not been damaged but that the submarine was trailing a heavy oil slick, which indicated that the fuel oil tank had been punctured. After some repairs were made, two wounded enlisted men were transferred to the USS Bushnell (AS-15) at Majuro Atoll on 13 June, and Snapper continued her lifeguard duty until returning to Pearl Harbor on 21 July.

On 5 September 1944, Snapper left Pearl Harbor for her eleventh and final war patrol, which took her once again to the Bonin Islands. On 01 October, Snapper attacked two enemy merchant ships escorted by a small patrol craft. The submarine fired her bow torpedoes at a large merchant ship and then swung around and fired a shot at the smaller escort vessel. Hits were scored on both ships resulting in the sinking of the passenger-cargo ship Seian Maru and the coastal mine layer Ajiro. Snapper then established a lifeguard station off the coast of Iwo Jima on 18 October before returning to Pearl Harbor.

Snapper left Pearl Harbor on 2 November 1944 and steamed to the Mare Island Navy Yard at Vallejo, California, for an overhaul. The ship completed its overhaul and left Mare Island on 9 March 1945 and arrived at San Diego, California, on 11 March. The submarine was assigned to local training operations for several months. Snapper transited the Panama Canal on 20 May and arrived at New London, Connecticut, on 27 May, where she remained until being decommissioned at Boston, Massachusetts, on 17 November 1945. Snapper was struck from the Navy list on 31 April 1948 and was sold for scrapping on 18 May of that same year. USS Snapper received six battle stars for her service during World War II.