Although Odette was not from Connellsville, or even the United States, her story stands out in the heroism that humanity showed during WWII.

She was born Odette Brailly, in 1912 in Amiens, where her father, Gaston Brailly, worked in a bank. She was a bright but delicate child, often ill; and spent her late teens at Boulogne. There she met a visiting Englishman, Roy Sansom, who was in the hotel trade; they fell in love, were married in 1931 and moved to London. They had three daughters.

When the Second World War began, in 1939, Sansom enlisted, and became a sergeant in the British army. Odette moved down to Somerset late in 1940 with the children and her mother. Her country routine was broken by a misheard broadcast appeal, early in 1942. The Admiralty, through the BBC, besought anyone who had holiday snapshots of French, Belgian or Dutch Channel or North Sea beaches to send them in, to help in the business of preparing raids and the re-invasion of Europe. Odette wrote, by mistake, to the War Office; to say that, though she had few photographs, she knew Boulogne well, and was a Frenchwoman; could she help?

Her letter was picked up by Selwyn Jepson, the novelist, who was then recruiting for the independent French section of the Special Operations Executive (SOE), the wartime secret service that handled sabotage. He sent for Odette. A few minutes' talk in French made it clear to him that she would have no trouble in mixing with French people, in France, as one of themselves; and behind her demure appearance he detected her passionate Anglo-French patriotism. He felt he could not ask her to abandon her three young children, on top of putting her own life in danger, and said so; she, on reflection, determined that this was what she ought to do. She settled the children in a convent in Essex, and went off to war.

SOE put her through its usual paramilitary training courses; during one of which she had a heavy parachute landing, that brought on mild concussion. F Section determined to send her to France by sea instead of by air. The Free Polish Navy crewed some feluccas, light sailing craft that plied between Gibraltar and the Riviera. From one of these, she went ashore near Antibes on the night of 31 October 1942, on her way to Auxerre, in Burgundy: which she did not reach. She was to have started up a small group of resisters there; but fate and personalities intervened.

The circuit that received her, codenamed "Spindle", was run by Peter Churchill, who had toyed with modern languages and ice hockey at Cambridge, and retained agreeable manners and a cheerful outlook on life. He was deep in negotiations with a local artist called Girard, who claimed no end of important contacts in French army and business circles, and was taken seriously by London. Within a fortnight of Odette's arrival, on 11 November, the Germans invaded the hitherto unoccupied zone of southern France - in retaliation for the Allied invasion of north-west Africa - and the whole local picture was transformed. Churchill persuaded his superiors in London that Odette was too useful to him to be sent to Burgundy; and the two of them fell in love. Girard's forces turned out entirely notional, no actual sabotage got done, the Gestapo started making arrests. Churchill was summoned back to London by light aircraft to report.

Before he left, he settled Odette and their wireless operator, Adolphe Rabinovitch (codenamed Bargee, on account of his colourful vocabulary), in a small hotel at St Jorioz, near Annecy. There, she was approached by a colonel in the German army, who only gave his first name - Henri - who indicated that he was an anti-Nazi who wanted to get in touch with the Allies. Odette handled him with as much disdain as she could, but told Bargee, who told London; who at once replied, take no notice of Henri at all.

Churchill parachuted back on 14/15 April with orders to keep clear both of Henri and, for the time being, of Odette; but Odette and Bargee composed his reception committee. The next night Henri arrested both him and Odette at the hotel. Colonel Henri turned out in real life to be Sergeant Bleicher of the Abwehr.

Odette had a frightful time as a prisoner. Bleicher and his Italian army companions treated her properly; the Gestapo in Paris did not. They tortured her, horribly; but they got nothing useful out of her. She did not betray Bargee; nor the invaluable Francis Cammaerts, who had arrived by light aircraft to join the circuit shortly before Churchill returned to it, and went on to one of the most distinguished of all SOE's careers in France.

She was packed off to the concentration camp at Ravensbrck, where she spent the rest of the war; part of it in solitary confinement, part of it in the commandant's quarters. He had heard that she was married to Peter Churchill, and that her husband was Winston Churchill's cousin; though neither fact was true, they provided some alleviation for Odette among the horrors that surrounded her.

When the American army got near the camp in April 1945, the commandant packed her into a smart sports car, and drove with her into the American lines. She at once denounced him; and gave evidence against both him and several of his worst female accomplices at war crime trials.

After a brief rest in hospital, she was reunited with her children. She divorced her husband and married Peter Churchill; for a time, in the early 1950s, they were a pair of national idols. This was in part due to the award to her of a George Cross in April 1946, and in part to a film about her wartime exploits called Odette (1950), starring Anna Neagle, which was a considerable box-office success.

That marriage too ended in divorce. Her third marriage, to Geoffrey Hallowes - a member of one of SOE's ``Jedburgh'' teams who stiffened various maquis in 1944 - provided her with quiet and comfort for the rest of her life. Odette took a prominent part in the work of the VC and GC Association; while always maintaining that her Cross had been given to her as the representative of the dozens of other women who like herself had volunteered to endure the risks of work as secret agents in occupied France. 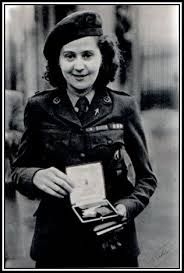 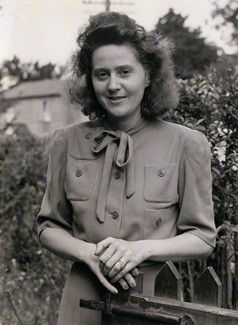 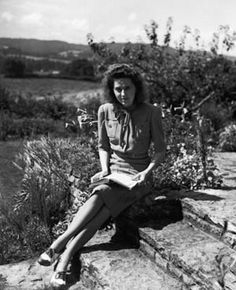 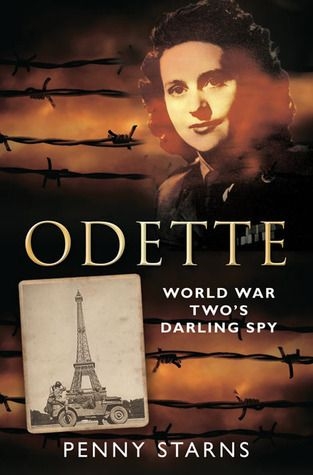 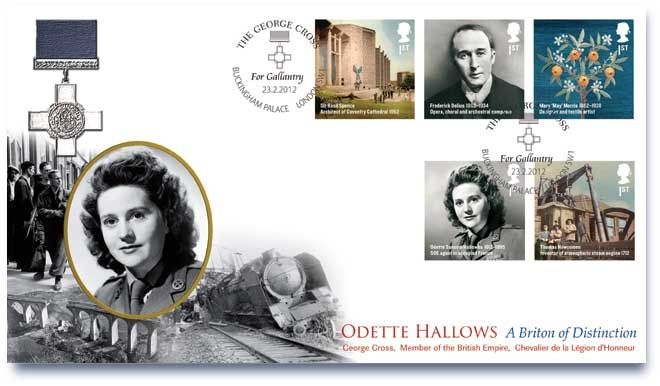